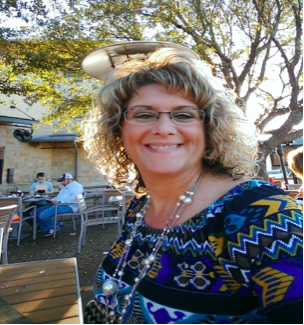 Today as I am gathering my thoughts of my Breast Cancer journey I realize this is my 4 year anniversary to my double mastectomy surgery.  So thinking back through the years to my mammogram I had in August 2013.

I had a lump in my right breast that we had been watching for about 5 years or so.  I religiously had my mammograms done every year.  This mammogram had been no different than the last few years and had no surprises or recommendations.  December of that year I had been messing with it as it felt like it was just under the surface.  I remember thinking it seemed to have gotten bigger.

I had an annual doctor’s appointment with my primary physician.  I told her about my concern.  She wrote me a prescription to have another mammogram done.  I am thankful that she listened to my concern. I waited until late January to make the appointment as nothing had been mentioned during the August scan.  My mammogram / sonogram was on January 30th.  I almost cancelled my appointment but thought if something ever came out of it I would regret it. My first Biopsy was February 3rd. I was very positive throughout all my examinations, biopsies and MRIs.  Thinking it’s nothing.  February 5th I waited anxiously for the phone call.  My phone rang at 2:40 PM, it was my primary Doctors Office.  She spoke those words no one wants to hear.  “You have cancer”.  I was in shock.  I broke down at the office.

The next few days were a whirlwind.  All the doctors that were going to be involved in my journey worked together behind the scenes.  The only appointment that I had to make on my own was for the plastic surgeon.  My MRI was on February 17th, Genetic Testing on February 19th.  Another Ultrasound and Biopsy on February 20th.  I met my Plastic Surgeon on February 26th.  Surgery was scheduled for March 19th.  I elected the Double Mastectomy as the MRI showed additional lumps within the same breast and they were too far apart to do a lumpectomy.  I decided to have both removed as I did not want to have a reoccurrence in the other breast.  The Genetic Testing showed I did not carry the gene which was a blessing.

My diagnosis was Infiltrating Ductal Carcinomas, well differentiated, grade 1/111.  I did not have to go through Chemo or Radiation treatments again another blessing. Boy am I thankful I kept the appointment. Cancer sure changes your outlook on life.  I feel I am more humble and I don’t stress about the small stuff. I was fortunate to have great insurance through my company so I did not rely on any additional funding.  I am thankful for having a wonderful family base and friends that reached out to me daily.  My wonderful husband took care of me and my mother who stayed with me during the day.