You are here: Home » Janis Padilla’s Survivor Story: Smile and Survive, Everything is Beautiful

Janis Padilla’s Survivor Story: Smile and Survive, Everything is Beautiful 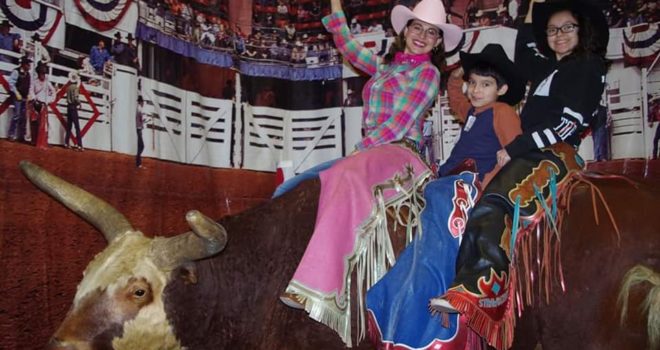 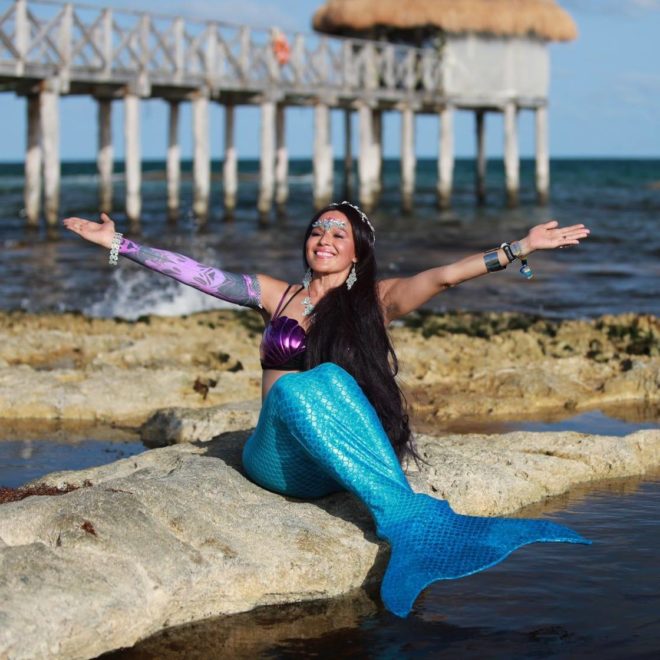 As Janis entered the office, her smile entered the room before her hello.  Her five-foot slender frame was dressed in fashions fit for a runway and topped with her favorite Duckbill Ivy Cap.  She casually took a seat across the desk and removed her jacket and what I would later find out was her favorite cap. As Janis began to open up about her breast cancer journey, it was difficult to hear anything other than her positive outlook on life.

A daughter, wife, and mother of two, a 12-year-old daughter and 5-year-old son, Janis was only 37 years old when she was diagnosed with breast cancer.  “Sharing my diagnosis with my husband and children was as difficult as hearing the diagnosis.”

Never thinking that breast cancer would ever touch their lives, Janis told her daughter she had breast cancer, her son was too young to understand but heard the word cancer and her husband was extremely supportive and took care of the children as she went through her journey.

“Something told me to touch my side and I did,” Janis said.  On August 1, 2016, Janis felt a lump in her right breast and like most women didn’t put much emphasis on the discovery, besides, she said, “I had an appointment with my gynecologist months later and figured it could wait.”  “I never really thought about it because everything I had ever seen said you should start having mammograms at 40 years old,” she explained.  Not quite 40 but still months later, on November 9, 2016 Janis had a mammogram to ease her curiosity about the curious lump she had felt.

When most people are preparing for Christmas vacations, wrapping gifts and putting up decorations Janis was deciding her next steps…on November 30, 2016 Janis got the dreadful news that she had Stage II Breast Cancer.

Immediately after her diagnosis, Janis met with her Chemotherapist who recommended starting treatment immediately and scheduled her for her first round of chemo on December 4, 2016 but Janis had other plans.  “Can I just wait a bit so I can enjoy myself”, she asked.  “I didn’t want to lose my hair before the holidays”, she explained.  As she ran her hands through her long dark and auburn tresses, she continued by saying, “Honestly, I was afraid to start chemo and wanted to wait to start in 2017.”

Still not wanting to lose her hair Janis went on a personal expedition to find ways to keep as much of her hair as she could before she started what would be months of chemo.  “During chemo I was more focused on changing my chemo caps than I was the chemo treatment itself.” She said.  Janis endured 8 rounds of chemo, changing her chemo icecap every 20 minutes.  The chemo icecaps successfully helped Janis minimize hair lose, something she would later say helped make chemo a bit easier.  But there would be nothing easy about her next treatment decision.

“In March 2017, I had a choice to either get my chemo monthly or just take 3 doses per visit”, so wanting to just get it over with, I decided to do 3 doses per visit,” she exclaimed.  Being determined to stick with it Janis endured additional rounds of chemo at 3 doses per visit and continued to dawn her chemo icecaps to save her dark tresses.  Although Janis was strong, the 3 dose chemo sessions were stronger and rendered her chemo icecaps almost worthless as she would later lose all her hair except one strand.  “My hair was everywhere, all over my apartment,” she said with her head hung in disbelief.  It wasn’t until one day I was paying for gas when a cashier replied, “Thank you sir” that I decided to dawn my first wig.  Pink, blue or purple, I was determined to no just enjoy life and never be called “Sir” again!

Having started her journey with hope and living through her diagnosis with the help of her checklist she was able to check chemo off her list in May 2017.  Next on her list was a mastectomy, which she did on May 19, 2017.  Her battle would be far from over as she started radiation in June 2017 after 7 of the 14 lymph nodes on her right side would test positive for cancer.  “I didn’t really want to but I started radiation in July 2017”, she said.  I continued to think, “I hope this means I have no more cancer.” She said with a smile.

No more cancer would later become Janis’ focus and to ensure she had no breast cancer remaining in her small framed body she started taking the chemo pills from October 2017 to February 2018. “It was so harsh, I could barely touch anything with my hands and could barely walk on my feet—I was so thankful to see June 2018,’’ Janis said as she smiled in recollection.

Even with not being able to touch anything with her hands and barely walk on feet, Janis made sure to mention that the entire year of 2017, her children never missed a day of school, “they both had perfect attendance!”, she exclaimed.  “Even with fighting to survive, my greatest accomplishment was that,” she continued.  “My proudest moment!”

In the middle of her breast cancer journey, Janis recounted the day she told her relatives about her breast cancer diagnosis.  “I’m originally from El Paso, Texas and have family in Mexico and when I first told my mom she didn’t believe it because we don’t have any family history of breast cancer,” she explained, she couldn’t accept it.  Her family really wanted to know if it runs in the family, so after doing genetic testing she made sure to let her family know her results but she also made sure to let them know that just because her genetic test was negative it doesn’t mean they can’t get breast cancer, “so now my family get their mammograms annually.”

Taking comfort in knowing that her family was taking their breast health seriously Janis was ok to focus on the last few items on her list, breast reconstruction.  I was happy to finally be nearing the end.  The removal of my breast months earlier was painful but not nearly as painful as my reconstruction.  “I had nipple reconstruction on 4 February 2019 and I’m so happy I did…I missed how I used to look so anything that made me look like myself was worth the pain,” she continued.  “My recovery was three months long and was the longest three months of my life but not nearly as long as my faith!” she said.

It’s because of her faith that Janis looks at life positively and continues to smile through her journey. “I was never sad about my breast cancer diagnosis and I remember my family reminding me of how strong I am and reminding me to just enjoy what I have,” she said.  Wiping tears from her eyes, Janis continued by saying, “I never thought I was as strong as I was while fighting my breast cancer, one thing I never questioned was, “Why me?”,  “I learned how strong I was and I never questioned it!” she said as she continued to wipe the tears from her eyes.

Janis would go on to show just how strong she was when she registered for and completed the 2018 More Than Pink Walk with her daughter and son immediately after finding out about Susan G. Komen.  “I knew I needed to be a part of an organization that’s trying to find a cure,” she said.  “I’m a survivor and we all know someone who has been affected by breast cancer and that’s why I support Susan G. Komen.  Hopefully we will find a cure for breast cancer.”

“Now I look at everything differently…Everything is beautiful!”, she said as her faced lit up.  “I realize not a lot of people survive breast cancer and now being a two year breast cancer survivor every time I see the pink ribbon I’m there…I just wanna be there!”, she emphasized.